In February I had an opportunity to fish with my favorite group of anglers from the Keys. For the past 30 years this group of fishermen has faithfully made it every month to the backcountry to fish. They were the inspiration for the Coastal Angler Science Team (CAST), the “original-members” before CAST officially came to be.  For the past two years they have been regularly scanning their catches for “recaptures” (previous fish we tagged with internal microchips, “PIT-tags”).  This group alone has caught over 30 recaptures, about half of the current CAST totals. 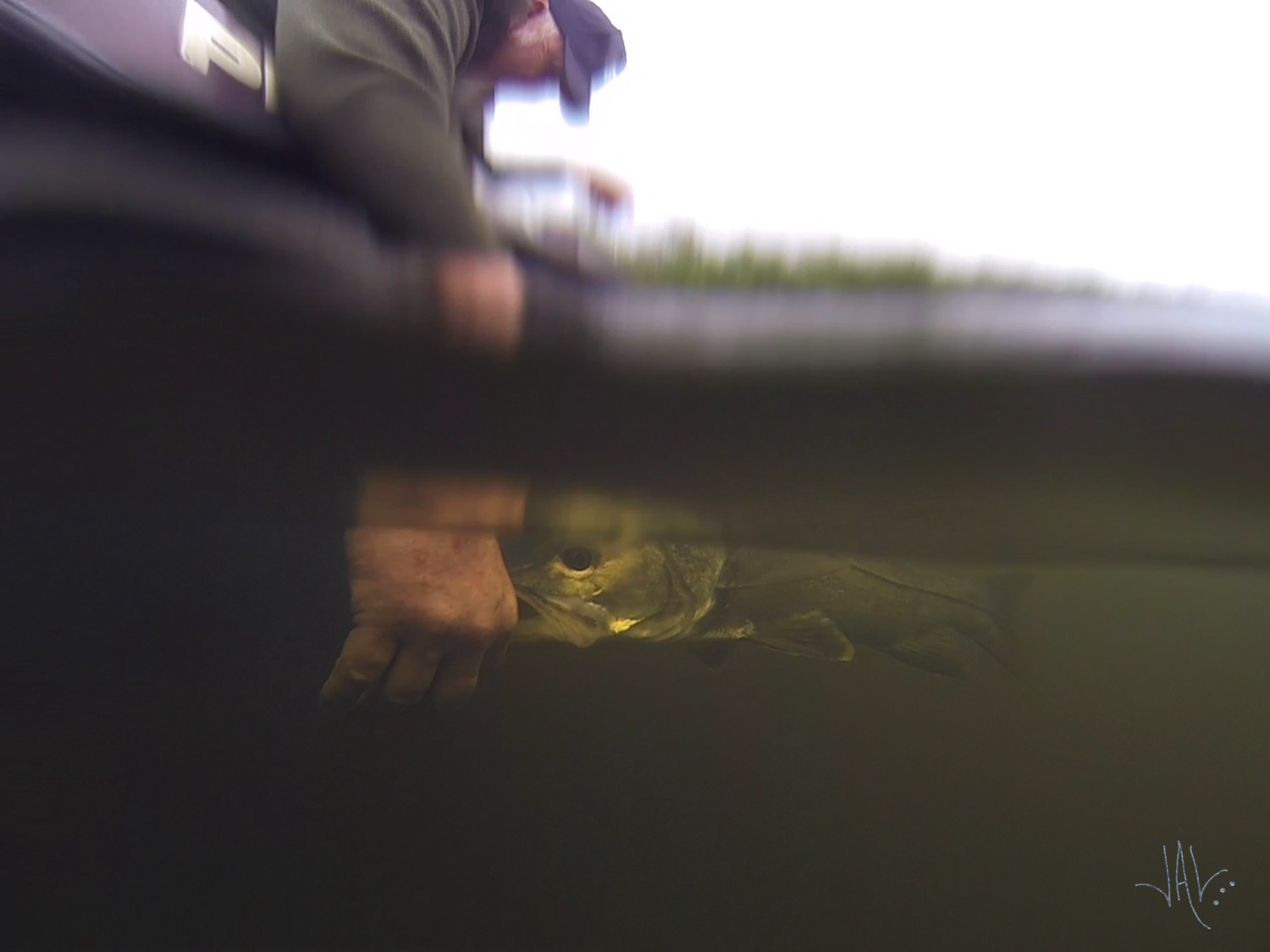 I was excited for the opportunity for a firsthand experience of fishing for recaptures. I have spent countless hours in the backcountry doing fisheries research and gotten many recaptures via electrofishing (cheating of course), but never with a rod-and-reel. This was my chance and I was feeling pretty confident. After all, I keep giving readers to anglers and telling them how easy it is. They keep supporting that story by calling me up with new recaps every month… but the pressure was on to prove it.

The night before we left I woke up a dozen times, worrying I may over sleep and miss the trip. The last hour was spent awake watching the minutes tick away, until I finally jumped out of bed before my alarm had the chance to sound. I made the drive to ENP early in the morning and watched the sunrise from the visitor’s center.  Shortly after the sun’s rays fully emerged from the horizon, the small fishing group pulled into the parking lot. I threw my stuff in the truck and we were on our way. I always love the drive down Main Park Road to Flamingo, but this morning I got to experience it from a new perspective. I love stories, and these guys have great stories that they shared with me along the way. Every tree and every road had its own history, unique to them. As they spoke I started to wonder about all the tales the Everglades has. We have altered this landscape so much, but how many trees or waterways have withstood that change to faithfully hold onto the stories of many? Before I knew it, we were at Flamingo registering for our camping permit and launching the boat. We were off to fish for the next three days.

The first day started well, I caught a few fish and was leading the group with the largest bass at 16+ inches, but I had no recaptures. We had a successful day of fishing and at the days end between 5 people we had 2 recaptures, but none of them were mine. I was having fun, but sometime I can get overly competitive. I was trying hard to keep my competitive side at bay and just enjoy the perfect day of fishing, but my lack of recaptures made me a little grumpy. However, my mood improved with good food, good company, and star-filled skies, and I soon forgot that I was down in the recapture count. Day two was an even more beautiful day, and like before, recaptures were coming in, but again, not for me.

We use handheld scanners that we pass over each catch to detect the internal PIT-tags used to mark each fish. When a tag is present, the scanner beeps, confirming the presence of a pit tag.  However the sound of the scanner soon became a taunt as each “beep” indicated a recaptured fish aboard our boat that was not mine. We reconvened with the second boat and I heard, “recapture” echo across the water as they also announced their success. It was nearing the end of the day, and I still needed my recapture. I diligently scanned every fish I caught, but each turned up tag-less. The day was waning and I made a few final casts. On one of those final casts, my lure landed perfectly, right under an overhang of red mangroves and few submerged logs. I gave small tug and slowly began to reel in, when my final fish of the day hit the lure. I reeled in my catch and once it was aboard I picked up the scanner, pushed the read button, and waved it over the fish. I heard the beep of the reader go off as it detected a tag and I jumped with excitement. I dramatically raised the scanner in the air and yelled, “recapture!” I then proceeded to scan the fish two more times, just to hear the beeps again. We quickly measured the fish, recorded its tag number, and of course I took my victory picture with it. I released my recapture back into the water with pride and watched it swim away with its hidden tag inside.

Before the trip, I told them that I wasn’t too bad at casting, and I’m not sure they really believed me. However, by the end of three days, and only a few snagged mangroves, I think I proved I wasn’t so bad at fishing after all. I couldn’t imagine a better group to get my first recapture with, and I am now happy to officially say that I have gotten a “reel-recapture”. Even a novice angler like myself can agree with the best that getting recaptures can be done. I am also proud to have a new chapter to add to the treasury of Everglade’s stories, one that I get to share with a great group of people. My memory may be one in millions, but I hope that despite the tides of change, we will be able to conserve this amazing ecosystem, and with it save my story and the many others of the past, present, and future.